Fantasy Hub has returned for the new 2019/2020 season, featuring some of the biggest competitions in world football - including the Premier League, Championship AND Champions League! 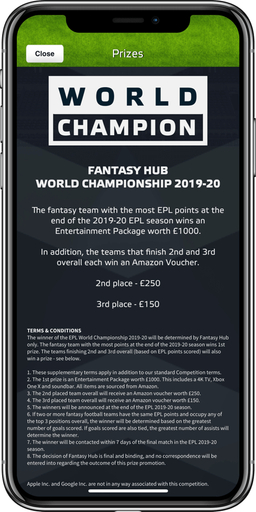 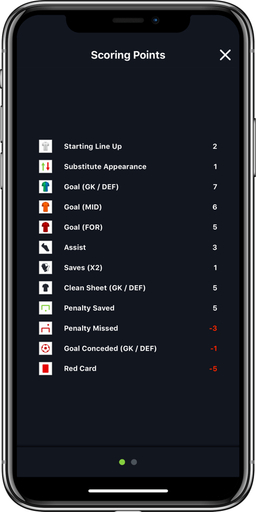 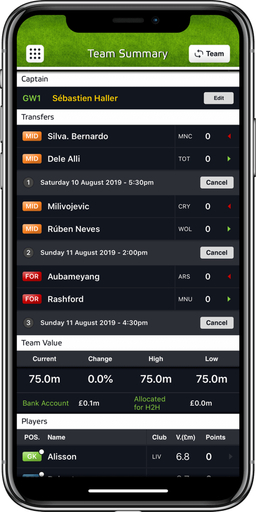 Unsure of how to get started? Just consult our simple, five-step guide.

Unsure of how to get started? Just consult our simple, five-step guide.

Our Fantasy Hub app offers an alternative to other fantasy football apps offering a variety of unique features as well as three different game modes within the one app.

Big fan of the Premier League? Know the difference between your Salah’s and Sterling’s? Or just have a real eye for a hidden gem, put your skills to the test with our Fantasy Premier League game mode.

A refreshing change from the other FPL & dream team games with different game mechanics and some unique features.

Busy for the upcoming game week? Don’t worry with Fantasy Hub you can schedule your transfers! The days of forgetting to make your transfers are now a thing of the past.

Brand new for the 2019/20 season we have a Championship fantasy game, the main place to go to get your weekly dose of EFL action.

No longer will fans of the second tier of English football be cast aside, with Fantasy Hub you can join in the fun.

Want to join a mini-league with your friends, family, colleagues? You can do that and more in Fantasy Hub.

Most other fantasy games allow you to have one team and one team only, with Fantasy Hub you can create up to five different teams to increase your chances of getting your hands on one of our prizes.

Old school fans of Fantasy Hub will be please to know that our Champions League game is back and better than ever this year!

Giving fans of the best club competition the chance to pick their teams from our huge roster of players, many of whom are widely renowned for being the best in the world. Ronaldo, Messi, Mbappe you can have them all, just beware of your budget.

Got a specific team that you fancy to win the Champions League? Most fantasy football games only allow you have three players per team, with Fantasy Hub you can have up to four players from the same club in your team! - Meaning you can seriously stock up on players from the elite teams.

The Champions League is set to return on the 17th September and will also make it's return to Fantasy Hub.You can now build your ultimate fantasy football teams with some of the be......

The second gameweek of the new Premier League season came to an end on Monday night and as always we've broken down every individual performance and managed to pick our Fantasy Hub......

The third gameweek in the Championship is officially over and we were treated to some cracking fixtures.30 goals were scored this weekend including a five goal thriller, with Swans......

Set-Piece Specialists You Need To Consider

When it comes to Fantasy Hub the aim is to score as many points as possible and sit comfortably at the top of your leagues.A good way of scoring easy points is via set-piece takers......

Well that's the first gameweek of the 19/20 Premier League season done and dusted and as always we've broken down every individual performance and managed to pick our Fantasy Hub t......