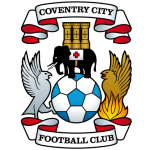 Second in the table AFC Bournemouth take on fifth in the Championship Coventry City at the Vitality Stadium on Saturday.

Scott Parker’s side currently trail Fulham by one point having failed to win three of their last four matches, as the Cherries drew 1-1 with Millwall last time out and were beaten 3-2 and 2-1 by Derby County and Preston North End either side of their 4-0 hammering of Swansea City where Dominic Solanke and Jaidon Anthony both scored braces. Prior to their loss to Preston, Bournemouth beat Reading 2-0.

On the other hand, Coventry have won two out of their last five, following back to back 0-0 draws against Birmingham City and Derby County. The last time Mark Robins last saw his team win a match was when the Sky Blues beat Bristol City 3-2 on 6th November thanks to goals by Matt Godden (2) and Callum O’Hare. Prior to their win over the Robins, Coventry lost 2-1 against Swansea City and beat Hull City 1-0.

Bournemouth comfortably won both fixtures between these two sides last season by 3-1 and 4-1 scorelines, with the latter being at home. You’d fancy the Cherries with the quality of players that they have to provide a reaction in what is a crucial game for both sides.

Former Liverpool and Chelsea man Solanke has been in terrific form for the Cherries this season, as the 24-year-old Basingstoke-born striker has found the back of the net 16 times in 20 appearances, averaging a goal every 110 minutes. Solanke is priced at 3/1 to score first or last against Coventry.

23-year-old Sweden international Viktor Gyokeres had a blistering start to the season, as the former Brighton & Hove Albion man fired in nine goals in his opening 11 appearances, but, has not scored in his last eight outings, seeing him priced at 5/2 to score anytime as the ex-Swansea loanee to looks to try and refind his form.