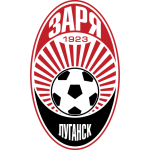 Norwegian Elitserien champions Bodo/Glimt host Ukrainian Premier League outfit Zorya Luhansk at Aspmyra Stadion on Thursday night in Group C of the Europa Conference League, knowing that this will be a crucial match having been drawn with AS Roma and CSKA Sofia.

Bodo/Glimt currently sit in second place in the Norwegian top-flight with 35 points from 18 matches, just one shy of league leaders Molde. In the process of being placed into the Europa Conference League, they beat the likes of Valur 6-0 on aggregate, before defeating Prishtina 3-2 on aggregate and Zalgiris by the same score, having been knocked out of the Champions League in the first qualifying round following a 5-2 aggregate defeat to Legia Warsaw.

Zorya managed to finish third in the Ukrainian Premier League to qualify for Europa. ‘The Men’ as they are known as in their homeland are currently seventh in their league having picked up 11 points from seven matches. Zorya missed out on Europa League qualification this year, despite beating Leicester City 1-0 in last season’s competition, as they were beaten 6-2 on aggregate by Rapid Vienna in the playoff to qualify, meaning that they dropped down to the Europa Conference League.

28-year-old captain Ulrik Saltnes is a fairly regular goalscorer for Bodo/Glimt, having managed 46 goals in 201 Norwegian Elitserien matches for the club. The 28-year-old scored four and assisted three in the qualifiers for this competition.

Vladyslav Kochergin will be one of Zorya’s most deadly goal threats, as the 25-year-old Ukrainian winger has managed three goals and one assist in seven league appearances for his club this season.