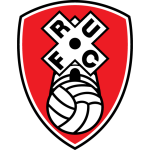 Newly promoted Bolton Wanderers take on newly relegated Rotherham United in a match where both teams have had contrasting starts to the season. Bolton’s fortunes off the pitch have started to move into a positive note, with them avoiding a points deduction under their new ownership at the start of the season.

Bolton won promotion to the Sky Bet League One on the final day of last season, where they beat Crawley Town 4-1 and have adapted to life in the new division brilliantly thus far. After seven games in League One, Bolton are currently third place and chasing the top two in Sunderland and Wigan Athletic but both have a game in hand.

Their recent form consists of three wins from their last five league games. With seven games played, Bolton have won three, drawn three and have only lost one. Scoring 14 goals in seven games mean they have an average of two goals per game but defensively they conceded on average 1.4 goals per game.

In their previous game, they beat Ipswich Town 5-2 with a brace from Oladapo Afolayan.

Rotherham United were relegated from the Championship once again last season as they have an unwanted reputation of being perceived as a Yo-Yo club between the two divisions. The Millers are winless in their last two games in League One, with their last victory taking place against Doncaster Rovers when they were down to ten men.

Following that game they beat the same opponents by a goal margin of six goals to nil.Their form in League One this season, sees the club currently sit 13th place after seven games. Three wins, a draw and three defeats for a side that is touted at 11/4 to be promoted according to the bookmakers early on. Rotherham in their previous game could only manage a draw against Lincoln City despite having 26 shots on goal in the entire game.

Andy Tutte is set for a lengthy spell on the sidelines after he picked up a hamstring injury in a reserve game against Accrington Stanley in midweek. Oladapo Afolayan looks to retain his place after scoring a brace in their last game against Ipswich Town.

Michael Smith is likely lead to the line on Saturday. The English born striker has five goals in seven games for The Millers and is tipped to continue his goalscoring at the weekend with odds of 4/1.