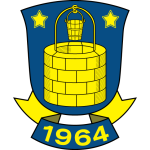 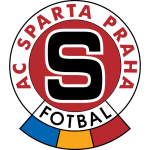 Sparta Praha
FT
00
FA Betting Hub App
The Footy Accumulators Betting Hub app is the ultimate football betting companion app. It is your one-stop-shop and ONLY place for the latest and best exclusive boosts & offers from the premium operators in the UK.
Download now

Brondby and Sparta Prague take on each other at Brondby Stadion in what is expected to be an interesting Europa League clash. The Danish champions failed to beat Salzburg in the Champions League playoffs, and they face yet another difficult task in Thursday’s game. Both Riveros and Wikstrom are likely to miss the Europa League opener with injuries.

Sparta Prague, on the other hand, were beaten by Monaco in the Champions League playoffs. The Czechs continue with their habit of producing much better showings at home than on the travels, which is the main reason why we are tempted to put our money on draw.

All Celustka, Dockal, Hojer, and Julis are sidelined with injuries, while Krejci is rated doubtful for the match following his positive test for coronavirus. It has to be noted that the two teams have never met before in a competitive match.

This will be the first continental meeting between the two sides and a positive start could be essential to their hopes of qualifying for the knockout rounds.

The hosts have been in poor form and have just one win from their ten competitive fixtures this season. Sparta Prague have two wins from their last five matches in all competitions.

After tasting defeat last time out to Viktoria Plzeň in First League competition, Sparta Prague and their fans will hope to get a better result this time.In that game, Sparta Prague had 45% possession and nine shots on goal with 6 on target.

For Sparta Prague, the goals were scored by David Moberg Karlsson (40') and Václav Drchal (87'). On the other side, Viktoria Plzeň got nine attempts on goal with four of them on target. Jean-David Beauguel (18'), Jhon Mosquera (32') and Jan Sýkora (56') scored for Viktoria Plzeň.In their previous six clashes, Sparta Prague have bagged a tally of 11 goals. Sparta Prague have also not failed to score on each one of those occasions. Over that period, they’ve had seven goals go into their own net.

Rasmus Wikstrom (shoulder), Bias Riveros (knee) and Peter Bjur (pelvis) have all been sidelined due to fitness issues.

Ladislav Krejci, Casper Hojer, Lukas Julis and Andreas Vindheim will all miss the trip to Denmark through injury.