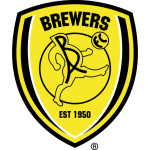 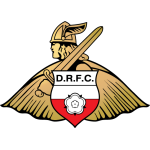 Burton Albion and Doncaster Rovers go head to head at the Pirelli Stadium in a battle of 12th in the table versus 23rd.

The Brewers have picked up just three points from their last three league matches, following a thumping 4-0 victory over Accrington Stanley in midweek as Daniel Jebbison and Jonny Smith both scored braces. Prior to this Jimmy Floyd Hasselbaink’s men had lost 1-0 in back to back matches against MK Dons and Charlton. Burton have also done well in the cups, as they hammered Wycombe 5-0 in the EFL Trophy as well as narrowly defeating Fleetwood Town 2-1 in the FA Cup.

On the other hand, Doncaster have had a fairly positive start to the month despite their 3-0 loss at Bolton in midweek, as Rovers drew 1-1 and 0-0 with Crewe Alexandra and Lincoln City in the league, as well as beating Scunthorpe United 1-0 in the FA Cup, before meeting the Irons just three days later, emerging victorious via a 3-2 scoreline in the EFL Trophy.

Sheffield United loanee Jebbison is currently the Brewer’s top scorer so far this season with four goals in 12 appearances following his brace against Accrington last time out. The 18-year-old England youth international who made Premier League history last season by becoming the youngest player to score in their first start in the division in the Blades 1-0 victory over Everton in May is priced at 4/1 to score first or last here.

33-year-old left-back Tommy Rowe is Doncaster’s top scorer this season with four goals, the former Peterborough United man is the only Donny player to have scored more than one goal this season and is priced at 4/1 to score anytime when his side travels to the Pirelli Stadium on Saturday.