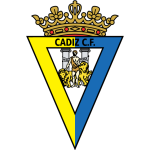 Real Madrid to keep the wins coming in ahead of their Champions League final with the club able to ease things slightly as they meet with a Cadiz side fighting to survive in La Liga.

Real have barely taken their foot off the gas since winning the title, as they hammered Levante 6-0 at the Santiago Bernabeu in midweek. Ferland Mendy scored first for Real before Karim Benzema added goal number 44 for the season and his 27th in La Liga as the Frenchman becomes the favourite to win the Ballon d'Or. Moreover, with his 15 goals in just 11 Champions League games en route to the final, he is only being outscored by Robert Lewandowski this season across all competitions.

Vinicius Junior was the name on Real fans' lips against Levante, however, as his hat-trick put him on 21 goals for the season compared to the six he had last campaign. The 21-year-old had already scored three more than his past three years in Madrid combined, and this hat-trick just emphasises how spectacular he has been in 2022/23.

Rodrygo also got another goal last time out not long after getting a brace in the legendary win against Manchester City in the Champions League. More importantly, however, the three points also saw Carlo Ancelotti's men return to the win column as they lost to rivals Atletico Madrid just a few days after beating City.

However, with the Levante win, a 4-0 demolition against Espanyol, a 3-1 victory over Osasuna, a 3-2 win away to Sevilla and easy three points over Celta Vigo and Getafe all coming within the past five weeks, the club could well hammer Cadiz here.

Cadiz are at the opposite end of the table and are fighting for their life in La Liga with just two games left to go. Their 3-0 loss away to Real Sociedad last time out gave them little hope of surviving, however, as they are now within two points of Mallorca in 18th, and just five clear of 19th-placed Deportivo Alaves. If Cadiz are to survive, they have to better the result of Mallorca in their final two games, but against a Real side smashing everyone right now, it seems unlikely.

We're backing Benzema to get goal number 45 of the season here and for the champions to win once more.

There's a good chance that Real make some changes to the side that smashed Levante in midweek, as they won 6-0, have already won the title, and have a Champions League final to prepare for. Eder Militao and Casemiro were rested that day and may now start, while Luka Jovic got some rare minutes off the bench. Mario Gila, Mariano Diaz and Peter Gonzalez all got game time too, and they could all play here. Toni Ribera may even get a short stint in goal, but Junior and Benzema are unlikely to play the full 90 minutes, and the same applies to Luka Modric at his age.

Alarcon and Mari both seemingly picked up injuries in the last game and they will be facing late fitness tests, but Perez and Fernandez up top should remain here. There are no other suspensions or injuries for the relegation fighters to deal with.