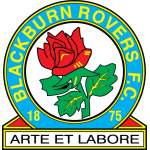 For our Cardiff vs Blackburn prediction, we’re opting for a 2-1 away victory for Rovers.

Blackburn Rovers make the trip to South Wales to take on Cardiff City looking to keep the pressure on the clubs sitting in the automatic promotion places. While Rovers sit in third position in the Championship standings, the home side are four points clear of the relegation zone.

Blackburn’s challenge for automatic promotion is unlikely to falter when they cross the border to play Cardiff City in front of empty stands this Saturday.

Rovers travel to Wales with the best six, eight, ten and twelve-game form in the Championship. So, however you cut it, Tony Mowbray’s side must be classed as the form horse of the division right now.

Ben Brereton has been the headline act for Rovers this season, but the real star of their promotion push has been a defence that has conceded just once in the last seven matches. Mowbray’s move to a back three was the catalyst for the run of stout defensive displays that have held the likes of free-scoring Huddersfield and Bournemouth at bay recently.

Cardiff City’s extra-time victory at home to Preston North End in the FA Cup third round last weekend came after just one win in their last six matches in the league. The Bluebirds are hovering over the bottom three and the relegation places ahead of this weekend’s round of fixtures.

They come up against a Blackburn Rovers side that, led by Tony Mowbray and top scorer Ben Brereton Diaz, look set for a second-half of the season whereby they challenge for automatic promotion, let alone just the playoff places.

Mowbray will not want to over-react at this stage but with Rovers having also been below their best during the 2-1 victory over Barnsley on December 29, he needs more from his players over the coming weeks.

Two games outside of the North-West may be exactly what they need after a month of staying local, and that is what they have scheduled with matches at Cardiff and Hull City.

For our Cardiff vs Blackburn prediction, we’re opting for over 2.5 goals and both teams to score.

Despite last week's win in the FA Cup, Morison may revert back to a similar side which started the stalemate with West Brom earlier in the month.

Joel Bagan is likely to get the nod over new arrival Cody Drameh, while Joe Ralls should come back into the team after being rested against Preston. Aden Flint is also expected to return to the back three, but Kieffer Moore remains absent due to coronavirus.

Mowbray could take a similar approach when naming his Blackburn side after his alterations failed to pay off in the FA Cup. That would mean recalls for Thomas Kaminski, Scott Wharton and Reda Khadra, but Harry Pickering misses out with a hamstring injury.