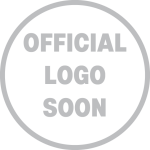 Côte d'Ivoire U23
vs 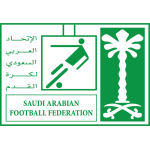 In Group D the Ivory Coast face Saudi Arabia, knowing that they will need to get off to a good start at this year’s tournament, having also been paired with Brazil and Germany.

Neither of these sides were part of the 2016 Olympic Games in Rio, so they will be looking to prove themselves in whatever way they can by causing a shock to the current holders of the gold medal in Brazil, or a German side that is relatively inexperienced at a senior international level.

The Ivory Coast are the favourites coming into this match and do have some recognisable players to those that are watchers of English and Italian football, as they have selected Manchester United duo Eric Bailly and Amad Diallo, as well as former Leeds United winger Max Gradel who now plays for Turkish Super Lig outfit Sivasspor, whilst AC Milan’s Franck Kessie has also been included as an over-aged player.

Not one single member of the Saudi Arabia squad plays outside of their homeland, although those that have an encyclopaedic knowledge of European and Saudi football may recognise one or two of their players, such as Mukhtar Ali, who is formerly of Chelsea and Vitesse and actually featured for England at under 17s level between 2013 and 2014. Whilst winger Salem al-Dawsari was on loan at La Liga side Villarreal in 2018, but, made just one league appearance for the Yellow Submarine.