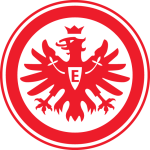 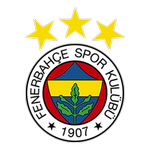 Turkish side Fenerbahce travel to Frankfurt for the opening round of fixtures in Group D of the Europa League. The other two teams in this group are Royal Antwerp and Olympiacos.

Both teams head into this game in contrasting form as the home side have yet to win this season and the away side are looking to prolong an unbeaten run. Frankfurt head into this game seeking their first win after being winless in their opening four games in the Bundesliga season. They are faced with the prospect of dealing with life without Andre Silva who moved onto RB Leipzig. Silva scored 28 goals in 32 games last season.

The German side have drawn their last three games only scoring two goals in those three games. It is interesting to note, that in their previous two games they have held the lead but have conceded late on. Their previous game against Stuttgart, they conceded in the 88th minute via a goal from Omar Marmoush.

Fenerbahce as mentioned head into this game in wonderful form. Having won three of their opening four games, they have scored six in those games having only conceded one which makes their defence one of the best in the Turkish League already.

Unlike their opponents, Fenerbahce have already featured in this year’s competition by eliminating finnish side HJK 6-2 on aggregate. They are currently on a stretch of games which has seen them remain undefeated for 14 games in all competitions. A key to their good start is the influence of Turkish star and German International Mesut Ozil.

Frankfurt manager Glasner has to deal with a whole host of injuries. Almamy Toure and Sebastian Rode are out with muscle injuries.

Amin Younes and Fabio Blanco are also unavailable. Filip Kostic is back for the side as he scored against Stuttgart.

Fenerbahce also have a list of injuries. Jose Sosa and Nazim Sangare are out with muscle injuries with Serdar Dursun is out with a broken collarbone.