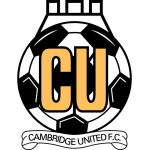 22nd and 16th are set to meet in League One this weekend with Cambridge United getting pulled right into the relegation zone over the past few weeks with the Imps failing to win a game since early December.

That victory for Lincoln came in a 4-2 victory over Everton U21s, Lincoln drew 0-0 with MK Dons last time out and were also beaten on penalties by Accrington Stanley in the quarter-finals of the EFL Trophy last midweek too.

Further losses to Burton Albion and Charlton Athletic in the past few weeks mean the draws with Bolton Wanderers and Ipswich Town and the recent draw with MK Dons is all they have to boast about since the World Cup final. In fact, they've even managed to rack up two red cards in that time.

As for Cambridge, they were hammered 5-1 by Shrewsbury last time out, and by losing to Bristol Rovers 2-1 and Sheffield Wednesday 5-0 earlier in January, it now means the U's come into this one with 11 goals let in during 2023 already as they have also played the least amount of fixtures because of postponements.

Tom Hopper came off in the 0-0 draw with MK Dons last time out and he will feature here from a starting role still. Diamond, Mandroui and Teddy Bishop should all still play in the attacking midfield ranks too, but Charles Vernam and Olamide Shodipo are both set to miss this game here. Tom Eyoma and Jovon Makama are both going to miss this game as well, with Tashan Oakley-Boothe. There are no suspensions or new injuries to deal with for Lincoln in this game.

Cambridge's demolition from Shrewsbury likely leaves Mark Bonner needing to make changes. Dimitar Mitov missed the game between the sticks last time out and could now play for Mannion. Greg Taylor should come back into defence for Bennett and play alongside Okedina and Williams. Joe Ironside also missed the last game against Shrewsbury and could now feature in this game. Smith and Tracey should still play alongside Bennett, Brophy, Worman and Digby. The latter two were booked in the last game alongside Okedina and Bennett. There are no fresh injuries or suspensions to be worried about for Bonner heading into this one.