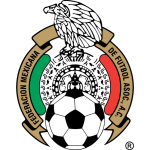 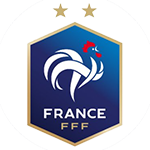 Mexico take on France on matchday one of Group A with the latter coming into this game as the favourites.

Jaime Lozano has gone for a side that is predominantly based in the Mexican top-flight, with Diego Lainez of Real Betis being the only player selected who doesn’t feature in the Liga MX, with their other most notable player coming in as an over-aged player in the shape of former Ajaccio and Malaga goalkeeper Guillermo Ochoa who has a staggering 114 caps for the senior side.

The Mexicans will be looking to have a better tournament than that at the 2016 Olympic Games in Rio where they finished third in Group C behind South Korea and Germany on four points, with their solitary victory coming in a 5-1 thumping of Fiji, with PSV Eindhoven midfielder Erick Gutierrez scored four second-half goals.

France’s squad has a blend of youth and experience, as the likes of Pierre Kalulu, Melvin Bard and Timothee Pembele of AC Milan, Lyon and PSG are complemented by three over-aged players in Teji Savanier of Montpellier, as well as UANL pairing Florian Thauvin and Andre Pierre Gignac who both ply their trades in the Mexican league, as well as Hertha Berlin defensive-midfielder Lucas Tousart who formerly played with Bard at Lyon.

France Olympic to win and BTTS is priced at 16/5 to happen – click on the link to claim this bet in your bet slip!