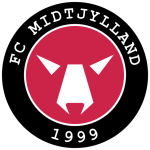 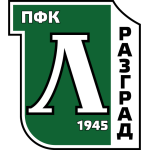 Ludogorets
FT
11
FA Betting Hub App
The Footy Accumulators Betting Hub app is the ultimate football betting companion app. It is your one-stop-shop and ONLY place for the latest and best exclusive boosts & offers from the premium operators in the UK.
Download now

Midtjylland and Ludogorets square off against each other at MCH Arena in the Group F opener. Midtjylland failed to impress in the Champions League qualifiers, but the Danish champions are surely capable of matching Ludogorets at home in the opening match of their Europa League campaign.

Brazil international Marrony should be the only absentee in the home team. The Bulgarian champions, on the other hand, were beaten by Malmo in the Champions League playoffs.

Ludogorets are not regarded as good travelers, and that is probably the main reason why we are tempted to put our money on Midtjylland this time out. In their last meeting in the elite competition Midtjylland defeated Ludogorets thanks to Junior Brumado’s goal, and we predict that the history is going to repeat itself. Midfielder Kiril Despodov is widely expected to return to Ludogorets’ starting XI.

The home team come into this on the back of a 2-0 victory at home to Nordsjaelland last weekend on return from their international break. Midtjylland have been strong in the league but defeat to Brondby at the end of August was a setback.

They now come up against a Ludogorets Razgrad side that also won 2-0 at the weekend. They were only knocked out of the UEFA Champions League on aggregate by three goals to two against Malmo so will be looking to thrive in the second tier of European competition.

Midtjylland undoubtedly have more pedigree than Ludogorets when it comes to the European competitions. After having had a tough qualifying stage in the Champions League, Midtjylland are back in the Europa League after almost 2 years.

Ludogorets have a very poor record in the Europa League from last season after losing six consecutive matches. The team does not tend to perform well in these games even if their recent form is good.

The FC Midtjylland manager Bo Henriksen will be happy not to have any fitness worries at all before this match thanks to a fully injury-free squad to pick from.