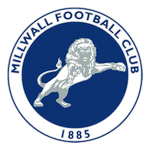 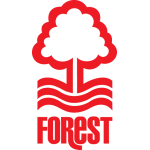 For our Millwall vs Nottingham Forest Prediction, we’re opting for a 1-1 draw in this Championship encounter.

After suffering a 2-1 loss to Crystal Palace at the weekend, Millwall will look to give fans some cheer when they take on Nottingham Forest on Matchday 27. The Lions aim to keep their playoffs hopes alive, and they are likely to go all guns blazing at the Reds. A man to watch in the home team will be Benik Afobe, who has been scoring goals for fun of late.

Neither of these teams has drawn within their last five outings but we can't see this one ending any other way. Millwall have been indifferent with two wins and three draws in their last five games whilst Nottingham Forest have the mirrored image of that form with three wins and two defeats.

With inconsistency of results a problem for both sides, we see them sharing the points here. It wouldn't be a huge turn up for the books either because three of the last five head to heads between these two sides have ended level.

Forest, on the other hand, did well to eliminate Arsenal in the FA Cup round 3, meaning that they are high on spirits ahead of the trip to London. Experienced attacker Lewis Grabban is widely expected to return to Nottingham Forest’s starting XI after scoring the winner against Arsenal.

Ahead of their FA Cup tie with Arsenal, Nottingham Forest head coach Steve Cooper would have deemed it to be a welcome distraction after two successive defeats in the league.

Forest did not necessarily perform to their best against the Gunners, but it was enough to nullify their Premier League opponents before Lewis Grabban's late winning goal.

It was an occasion which Forest required at this stage of the campaign, particularly with the likes of Steve Cook and Keinan Davis needing to make a positive impression after their respective moves from Bournemouth and Aston Villa.

For our Millwall vs Nottingham Forest prediction, we’re opting for Brennan Johnson to score.

Having kept changes down to a minimum in the FA Cup, Rowett is unlikely to make many alterations for this contest. Goalkeeper Bartosz Bialkowski will return between the sticks, while George Evans is in contention for his first start since the middle of December.

Jed Wallace, who has been linked with a move to Forest, is likely to miss out as he continues his recovery from a quad issue.

Cooper will give consideration to selecting the same Forest XI from the FA Cup tie with Arsenal. However, Grabban will feel like he has done enough to earn a recall after netting the decisive goal, an impact which could see Davis drop down to the substitutes' bench.