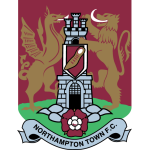 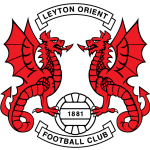 For our Northampton vs Leyton Orient prediction, we’re opting for 2-1 away victory for the Londoners.

Northampton Town and Leyton Orient go head to head at Sixfields Stadium in League Two action this weekend. The Cobblers recorded a very important 2-1 win over Oldham, with the team remaining in the race for automatic promotion places. Northampton Town are on a four-game winning run at home ground, and they are likely to go all guns blazing at Leyton.

The O’s, on the other hand, are undefeated in the previous eight league fixtures. Leyton, though, have recorded only one win on the road in the 2021/2022 League Two campaign. Despite failing to find the net in the previous three league fixtures, top scorer Sam Hoskins will be the man to watch in the home team.

The last five affairs at the Sixfields have all seen over 2.5 total goals. Previous head to head meetings state otherwise as only one fixture saw this result and it was in the FA Cup back in the 2012/13 campaign. With Orient scoring eight goals in their last five matches across all competitions, we are favouring a high scoring affair between two promotion candidates.

A review of their lasts six recent head-to-head clashes going back to 2008 shows that Northampton Town have won two of these six games, with Leyton Orient winning one, with the number of drawn matches being three.

A total of 15 goals were scored between them during those clashes, with 10 from The Cobblers and five goals coming from The O's. The average number of goals per game works out to 2.5. The previous league contest featuring the two was a League Two match in January 2020 and the score finished Leyton Orient 1-1 Northampton Town.

Leyton Orient have drawn their last four fixtures but the result shows their tenacity in coming out of dire situations with a draw. They have scored in four of their last five matches, with three of these affairs seeing both sides score. A similar statistic is read against Northampton's name, who have seen goals at either end of the pitch in their last three matches at home.

For our Northampton vs Leyton Orient prediction, we’re opting for over 2.5 goals.

Jon Brady could name an unchanged XI from the side that beat Oldham four days ago, with Kion Etete leading the line, supported by Paul Lewis, and goalscorer Mitchell Pinnock set to feature on left flank once again, having linked up well with full-back Ali Koiki for his goal.

Nicke Kabamba and Danny Rose offer alternative options to Etete and Jack Sowerby, but expect a settled side with John Guthrie and Fraser Horsfall at the heart of defence. Sid Nelson, Joseph Mills and Michael Harriman remain doubts.

With a fully injury-free squad to choose from, the Leyton Orient manager Kenny Jackett has no fitness worries whatsoever ahead of this game.