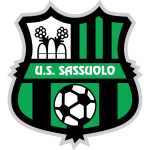 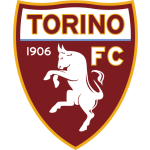 Sassuolo host Torino at Mapei Stadium - Città del Tricolore on Friday night in Serie A in a battle of ninth in the table versus 11th.

So far this season, the hosts have managed four points from their opening three matches of the season having won one against Hellas Verona on the opening day 3-2 via goals from Giacomo Raspadori, Filip Duricic and Hamed Traore, before drawing 0-0 at home to Sampdoria and losing 2-1 to AS Roma as Stephan El Shaarawy scored a 91st-minute winner following Duricic’s 57th-minute equaliser.

Torino managed their first win of the Serie A season last weekend in a thumping 4-0 win against Salernitana thanks to strikes from Antonio Sanabria, Gleison Bremer, Tommaso Pobega and Sasa Lukic. This was a vital win for the Turin-based club as they had lost their opening two matches via 2-1 scorelines against Fiorentina and Atalanta, with Roberto Piccoli scoring a 93rd-minute winner from the latter, despite Torino equalising with just 11 minutes to go through Andrea Belotti.

The last time these two sides faced off, Torino won the home game 3-2 in dramatic circumstances, as three goals in the final 13 minutes of the game from Simone Zaza (2) and Rolando Mandragora sealed the victory having fallen behind to a Domenico Berardi brace.

Euro 2020 winner Berardi will provide Sassuolo’s best goal threat having made his return to the side following injury problems. The 27-year-old had a superb campaign last time out in Serie A, scoring 17 and assisting eight in 30 appearances, seeing him priced at 4/1 to score first like he did in the last meeting between these two sides.

DOMENICO BERARDI AND ANTONIO SANABRIA BOTH TO SCORE @ 15/2

Belotti is expected to be absent from this fixture due to suffering a peroneus tendon injury last time out against Salernitana, which will likely see Sanabria start up-front once again. The Paraguayan has scored six goals in 17 appearances for Torino since moving from Real Betis in January and is priced at 13/2 to score first or last against Sassuolo having got off the mark this season in their last match.