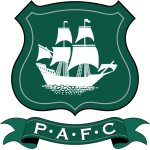 A very damaging week post-Christmas has left Sheffield Wednesday’s promotion push severely weakened. A crushing 5-0 defeat at the Stadium of Light was a surprise given it was their first league defeat in almost three months, but following it up with another defeat at Shrewsbury Town means they have lost ground in the race for the playoffs. Sitting six points behind their upcoming opponents makes this match vitally important to Darren Moore’s side as they also have a game in hand on the sides level on points with Plymouth, but a defeat will suddenly leave them a long way off. Astonishingly, this will be Wednesday’s first home league game since a 2-2 draw with Wycombe Wanderers in November, and their form at Hillsborough has been impressive, losing just once, and averaging just under two points-per-game here in the league.

Plymouth have not faltered since manager Ryan Lowe left for Preston North End, in fact, they have seen an upturn in fortunes under Steven Schumacher. Back-to-back league wins over Charlton Athletic and Cheltenham Town were followed up by a wonderful away win at Birmingham City in the FA Cup third round, setting the Green Army up with a dream tie away at European Champions Chelsea in round four. Those results in the league have opened up a gap between themselves and the other sides challenging to break into the playoffs, as they now sit level on points with MK Dons and Oxford United in fifth and sixth while also having a game in hand.

Sheffield Wednesday will be sick of the sight of Plymouth by now this season, as Argyle have already beaten the Owls 3-0 on two occasions, in the league and in a FA Cup replay. They are winless in five in this fixture too, losing four as Plymouth have found the net past them 13 times in those matches.

Plymouth are enjoying a great spell under the new manager while Wednesday have struggled since returning after a lack of football in December. Our tip is for Plymouth to win 1-0, 2-0 or 2-1, priced at 10/3.

Chey Dunkley is not expected to make it back in time for this one, so Darren Moore may be forced to go with Liam Palmer, Sam Hutchinson and Marvin Johnson again in a back three, with Dominic Iorfa and Everton-loanee Lewis Gibson both out longer term. Theo Corbeanu's loan spell at the club came to an end after their defeat at Shrewsbury and he has since joined MK Dons, meaning Nathaniel Mendez-Laing may come in to fill the void on the wing. Massimo Luongo will return after serving his three match suspension for a red card against Portsmouth back in early December.

Argyle will again be without Panutche Camara as he represents Guinea-Bissau at the Africa Cup of Nations. Adam Randell took his place in the side for the cup win last weekend and may well remain in the side, but Brendan Galloway is unavailable through injury, however, he would have been away with Zimbabwe had he been fit anyway. Romoney Crichlow will be available for Steven Schumacher’s side after joining on loan from Huddersfield Town this week, just days after he left Swindon Town.