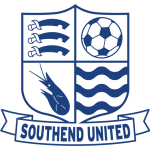 Crawley Town
FT
00
⚡️Get up to £100 in Bet Credits⚡️
New Customers only. Up to £100* in Bet Credits. Sign up, deposit £5* or more to your account and bet365 will match your qualifying deposit in Bet Credits when you place qualifying bets to the same value and they are settled. Min odds/bet and payment method exclusions apply. Returns exclude Bet Credits stake. T&Cs, time limits & exclusions apply.
Claim Bonus
FA Betting Hub App
The Footy Accumulators Betting Hub app is the ultimate football betting companion app. It is your one-stop-shop and ONLY place for the latest and best exclusive boosts & offers from the premium operators in the UK.
Download now

Southend United enter this game coming off the back of a 1-1 League Two draw versus Derek Adams' Morecambe. The only player to score from Southend United was Timothée Dieng (18'). Cole Stockton (56') scored for Morecambe. Under three goals per game were recorded in six of their last six fixtures where Southend United have taken part. With regard to the goal split during this period, their opponents have scored an aggregate of four goals and The Shrimpers managed the sum of three goals.

Their prior results show that Southend United haven't been beaten in the league by Crawley Town in their last two head to head league matches. They also haven’t won at home in their past nine matches in the league. Something needs to change as they try to claw themselves away from the relegation zone.

Following on from a losing effort in their last game against Oldham Athletic in League Two competition, Crawley Town and their fans will hope to get a better result this time. The only scorer from Crawley Town was James Tilley (90'). Conor McAleny (40', 47'), Cameron Borthwick-Jackson (41') and Dylan Bahamboula (95') scored for Oldham Athletic in a dominant victory for Keith Curle's men.

Looking at their form, and Crawley Town have been scored against in five of their last six games, seeing opposing sides hit 13 goals in total. At the back, The Red Devils just haven’t been too solid at all. We will just have to find out whether or not that trend will be sustained in this game. Coming into this contest, Crawley Town are without an away win for the past three league matches.

The last league match featuring these sides was a League Two match in October 2020 when it finished Crawley Town 1-1 Southend United.

Simeon Akinola was forced to miss the midweek 1-1 draw at Morecambe due to a groin injury. The striker, who missed a penalty in Saturday’s 2-0 defeat against Carlisle United, had started four of Blues’ last five games. But Blues boss Mark Molesley was unable to select the forward against the Shrimps. Molesley also confirmed Jacob Mellis missed out against Morecambe due to injury.

Reece Grego-Cox and Tom Dallison remain unavailable. Henry Burnett, Tyler Frost, Ashley Nadesan and Davide Rodari are doubts. Jake Hesketh has suffered a long-term injury and will be absent after returning to Southampton. Jordan Tunnicliffe could be in contention to start after sitting on the bench against Scunthorpe United on Friday afternoon.

The Reds got absolutely battered on Easter Monday as they were well beaten by an impressive Oldham Athletic side who scored four goals during the match. John Yems was extremley annoyed with his players after the game as it now looks like they are unable to really push on towards the top seven spots with so few games left.