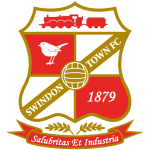 In League Two, Third place Swindon Town take on sixth in the table at the County Ground.

The Robins come into this match in good form, as they have won all of their last five matches across all competitions, having earned three league wins against Hartlepool United 3-1, Newport County 2-1 and Oldham Athletic 3-1. Swindon also thrashed League One outfit Crewe Alexandra 3-0 at Gresty Road in the FA Cup First Round thanks to goals by Louis Reed (2) and Tyreece Simpson. Ben Garner’s side also beat Newport County 1-0 in the EFL Trophy.

Harrogate also progressed in the FA Cup, as they beat Wrexham 2-1 at Wetherby Road, but were thumped 4-0 by Sheffield Wednesday 4-0 in the EFL Trophy. Town have won two of their last three league matches, following 3-1 and 2-0 victories over Walsall and Carlisle United either side of a 2-0 defeat at home to Salford City.

Ipswich Town loanee Simpson has been in superb form for Swindon this season, as the 19-year-old has found the back of the net eight times and created two assists in 19 appearances, seeing him priced at 7/2 to score first or last against Harrogate on Saturday.

Former Salford City and Hartlepool United midfielder Luke Armstrong is having a very productive campaign, as the 25-year-old Durham-born playmaker has scored nine times and created two assists in 18 games, averaging a goal every 175 minutes, hence why he is priced at 9/2 to score first or last at the County Ground.