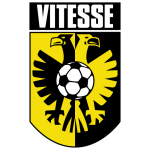 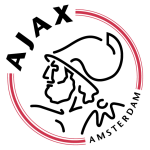 Erik ten Hag will take the helm one last time for Ajax this weekend as his men travel to the GelreDome to clash with a Witesse side looking to remain in sixth on the final day of the season.

It's not been as good as a season as previous years for Vitesse, as they finished fourth the previous year, fifth the season before that, and ended up in seventh in 2018/19. Now, the club are into sixth and remains 11 points adrift of AZ Alkmaar and a worrying 21 points behind Europa Conference League side, Feyenoord. Nevertheless, the club have registered a commendable 15 wins in the league this season, but with 13 defeats behind just one more of 13th-placed RKC Waalwijk and the most inside the top seven, there's a lot to work on in preseason and a bit of a rebuild needed for the club. At the same time, they have scored only 40 goals in the league this season, and alongside their 49 conceded, it's too been a bit of a struggle in getting goals this campaign.

As for Ajax, they wrapped up the league title with a stunning 5-0 win over Heerenveen last time out as ten Hag waved goodbye to the Amsterdam Arena in style. It was a typical ten Hag performance on the attacking front, as Nicolas Tagliafico, Steven Berghuis, Brian Brobbey and Edson Alvarez all got a goal, just as Sebastien Haller scored yet again this season.

The result put the Amsterdam side four points clear of PSV to wrap the title up, and they now head into this game looking for goal number 100 as they have 96 in the league from just 33 games. This has resulted in a stunning record of 26 wins, four draws, and three defeats for Ajax in 2021/22, and despite a disappointing run in the Champions League following a positive group stage, ten Hag's side have conceded a remarkable 17 goals in the Eredivisie.

Vitesse could field some of their youngsters here as they can't move further up the table, but Lois Openda should remain up top with his goal last time out bringing in all three points. Grbic should start up top too, but Manhoef is expected once more at wing-back as he scored last time out, with Dasa likely to stay on the other side Tunahan Tasci, Stijn Hogervorst, Tijani Noslin, Felix Dornebusch, Richie Musaba, and Nigel Lonwijk should all get minutes here too. There are otherwise no injuries to deal with for the club.

Haller will lead the line once more for Ajax, with Dusan Tadic also set to start up top. Davy Klaassen could drop out of the side for Brian Brobbey. Devyne Rensch and Youri Regeer are expected to get game time here as well. Do also expect some youngsters to get a run out in ten Hag's last match.