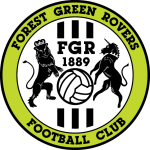 Walsall dug deep for a 0-0 draw away to the division's form side Leyton Orient last time out, in a tight game of few chances at either end - the Sadlers had one shot on target, and it was the only one in the game. It was their 19th draw of the season - the most of any side in the division - and fourth in a row, three of which have been goalless.

13 of those 19 draws have come away from Banks's Stadium, however - on home soil, Walsall have failed to win their last nine outings, with six defeats and three draws. Only bottom-placed Grimsby have won fewer games than Brian Dutton's men, who seemingly know how to make games tight, digging deep and frustrating the opposition, but struggle to convert those into wins; just three goals scored in their last nine matches may well explain why.

Forest Green, meanwhile, are seriously faltering, having spent the vast majority of the campaign in one of the top three places. They've fallen to fifth, although remain within two points of the automatic promotion spots, but have lost their last three matches and have taken just one point from the last 15 available. Last time out they were second best in a 2-0 defeat at home to a Salford outfit that came to the New Lawn in similarly poor form. Mark Cooper will still have ambitions on closing the gap on those above them, while soon enough they could be facing the prospect of dropping out of the play-offs, given how tight and competitive the top half of the table remains.

Walsall are unbeaten in four meetings with Forest Green, who lost 6-0 on their last visit to Banks's Stadium back in November 2019. When these sides last met in the reverse fixture back in October, Forest Green came from behind to register a 1-1 draw.

Caolan Lavery scored Walsall's opener last time they faced Forest Green, and the top scorer in the squad with six goals (following Elijah Adebayo's move to Luton in January) is a major doubt after suffering a knock against Leyton Orient last time out, but his absence could potentially see a way back in for talented 23-year-old forward Rory Holden, who started the season in fine fettle but suffered an injury shortly before Christmas and is yet to start a game in 2021 - but he replaced Lavery on Monday and played the second half.

Otherwise, expect to see Walsall's stubborn backline continue to make life difficult for the opposition, with Mat Sadler alongside James Clarke in the centre of defence, with Jack Rose between the sticks.

19-year-old midfielder Alfie Bates missed Walsall's last match and it remains to be seen whether he'll be back available here.

Jamille Matt has had a major influence on Forest Green's successes this season - their top scorer with 17 goals, and third in League Two's scoring charts - and the gruesome hand injury that leaves him sidelined for the remainder of the campaign looks to have had a derailing effect, with three successive defeats since he suffered it at Mansfield last month.

It's still all to play for Forest Green, but they quickly need to find a way to get goals and wins without their focal point up top, with the partnership of Jake Young and 21-year-old Josh Davison struggling to cut it in the limp defeat to Salford last time out. Aaron Collins, who has seven goals this season, replaced Davison at the break against Salford and could well find himself back in the starting XI here.

No, the Walsall v Forest Green match isn't being shown live on UK television, but updates will be available via Gillette Soccer Saturday on Sky Sports News. The match will also be available to stream for a fee via each club's iFollow provider. It’s a 15:00 kick-off on Saturday, April 10.