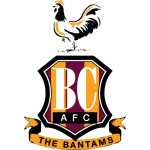 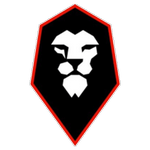 Two sides hoping to mount a second half of the season playoff push, Bradford City will welcome the visit of Salford City to Valley Parade on Saturday afternoon. Starting the weekend below their visitors in the table, three points for Bradford would see them leapfrog Salford.

Yet to really get going under boss Derek Adams, Bradford’s stuttering start to the campaign has seen them languish in the wrong half of the table. Boasting just one win in their previous nine outings, the Bantams’ shortcomings can be in part put down to their inability to keep a clean sheet. Only once in the last 15 games have Bradford finished a match without conceding.

Faring slightly better at home than on the road, the Bantams have avoided defeat in each of their last five matches at Valley Parade. That being said, all five of those fixtures ended in draws, with Bradford’s last victory at home coming all the way back in early October – a run of seven games.

Keen to pile the misery on their hosts this weekend will be Salford, who have tasted defeat just once in their previous five away matches. Winning three games during that run, should the Ammies wish to continue their unlikely playoff push, improving the consistency of results will be key. Only once this season have Salford registered back-to-back victories in the league, whilst they have managed to net three or more goals in just one of their League Two outings this term.

Confidence can be found for Gary Bowyer’s side in the fact they boast an impressive record over the former Premier League outfit, winning all four of the pairs’ previous meetings. In fact, since Salford’s rise into the Football League, Bradford are yet to win a match against the Greater Manchester club, with Saturday’s fixture a chance to arrest the burden of history.

In a too close to call midtable clash, expect BTTS to be the sensible bet.

After serving a one-match suspension, club captain Niall Canavan remained out of the Bradford side for their weekend defeat to Carlisle United. A doubt for this fixture, the 30-year-old could join Abo Eisa on the side-line, as the Bantam’s only long-term absentee.

Having missed out on even a place on the bench for the Carlisle clash, Dion Pereira will be hoping to make his Bradford debut when Salford visit Yorkshire on Saturday.

Active in the transfer market already, Salford announced the signing of Stephen Kelly on loan from Rangers until the end of the season. The 21-year-old midfielder will provide competition for Matty Lund and Jason Lowe in the middle of the park.

Liam Shephard went off injured in their recent win over Newport County and could face a prolonged period on the side-line, meaning it’s likely to be a centre-back partnership of Ashley Eastham and Jordan Turnbull once more. Eyeing up a third clean sheet in four games, Tom King will retain his place between the sticks.