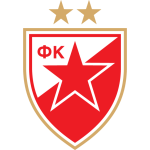 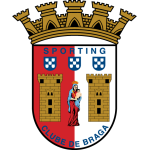 Sporting Braga
FT
21
FA Betting Hub App
The Footy Accumulators Betting Hub app is the ultimate football betting companion app. It is your one-stop-shop and ONLY place for the latest and best exclusive boosts & offers from the premium operators in the UK.
Download now

After rolling over Romanian champions Cluj in the Europa League playoffs, Red Star Belgrade will be aiming to give fans yet another reason for celebration when they take on Braga in their group opener. The Serbian champions faced no difficulites in a 3-0 league win over Proleter at the weekend, but they will have a much bigger fish to fry against Braga.

The club chiefs did well to keep hold of key player Aleksandar Katai in the summer transfer window, and we are positive that the former Los Angeles Galaxy man will pose a big threat to the opposition defenders. Gabon international Guelor Kanga is widely expected to return to the starting XI. Centre forward Milan Pavkov is a major doubt after limping off with injury in the triumph over Proleter.

Braga, on the other hand, head into the match following a goalless draw with Ferreira. All Carmo, Castro, and Sequeira are likely to miss the game with injuries for the visiting team.

We are tipping Red Star Belgrade to win the first leg of the Europa League Round 1 fixture against Sporting Braga. The hosts have been in top form, winning all their last five games. Together with home fans to cheer the hosts on matchday, we think Braga will have a difficult game on the road.

Red Star Belgrade’s 3-0 win at home to Proleter Novi Sad at the weekend in the Serbian league extended their winning streak to five matches in all competitions. That run stretches back to their defeat by Sheriff Tiraspol in the UEFA Champions League third qualifying round.

They now come up against a Braga side that are relentless in their low-scoring nature; despite Carlos Carvalhal’s apparent attacking and progressive intent. Back-to-back goalless draws against Pacos de Ferreira and Vitoria Guimaraes means they come into this game slightly off the pace going florard.

Aleksa Vukanovic will miss Thursday's game due to injury. The winger is the only absentee for Red Star Belgrade.

Nuno Sequeira, David Carmo and Rolando are all injured and will all miss the game against Red Star Belgrade.