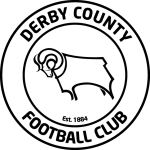 Derby County take on runaway league leaders Norwich City at Pride Park on Saturday, with the Canaries knowing that is results go their way that they can seal promotion back to the Premier League.

At present Derby are 18th, eight points above the relegation zone and are looking to consolidate their position in the Championship for another season. Wayne Rooney’s sides last win came on Good Friday against Luton thanks to goals by Lee Gregory and Graeme Shinnie.

Daniel Farke’s side know that if they win at Pride Park and Brentford and Swansea fail to win then they will be promoted back to the Premier League at the first time of asking and will be able to concentrate on winning the league ahead of Watford who they have an eight-point gap on with just six matches remaining.

Following two games without a win, Norwich sent out a statement the rest of the league that they are certainly not slacking, beating Huddersfield Town 7-0 at Carrow Road on Tuesday night where the likes of Teemu Pukki scored a hattrick.

Gregory scored in Derby’s last win in the league which was his third goal in 11 matches since signing from Millwall in January. The 32-year-old is priced at 14/5 to score anytime against Norwich at Pride Park.

EMILIANO BUENDIA AND TEEMU PUKKI BOTH TO SCORE @ 9/2

As mentioned above, Pukki scored a hattrick against Huddersfield, taking his league goal tally up to 25 for the season, leaving him just three behind Brentford’s Ivan Toney in the race for the Golden Boot. The former Schalke man is priced at 5/2 to score first or last against Derby.