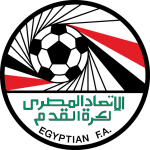 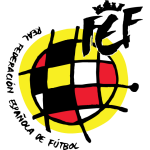 In Group C of the Olympics, Egypt takes on gold medal favourites Spain who have taken a very strong squad to this competition, featuring several players who took part in Euro 2020.

Egypt come into this game with all but one of their players playing outside of Egypt, of which the anomaly is former West Bromwich Albion defender, Ahmed Hegazi of Al-Ittihad who play in the Saudi Pro League. To any other watchers of the English football, former Stoke City and Huddersfield winger Ramadan Sobhi who plays for Pyramids FC in the Egyptian Premier League is perhaps the second most notable player in Shawky Gharieb’s squad, having not been granted permission by Liverpool to use Mohamed Salah.

Meanwhile, Spain have an embarrassment of riches under Luis de la Fuente with players such as Unai Simon, Pau Torres, Pedri, Marcos Asensio, Dani Olmo and Mikel Oyarzabal at his disposal, meaning that they are firm favourites to come into this game and win with ease.

A player that will be looking to make his mark on the Olympics is Oyarzabal of Real Sociedad, following a season that saw the 24-year-old manage 11 goals and eight assists in La Liga, as well as helping his club to victory the Copa del Rey last season. The tricky forward managed to score just once in six Euro 2020 appearances in a 5-3 win over Croatia in the Round of 16.

Spain Olympic team to beat Egypt with over 3.5 goals in the game is priced at 9/4 – click on the link to claim this bet in your bet slip!