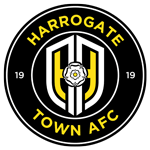 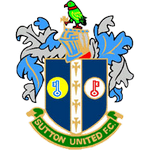 For our Harrogate vs. Sutton prediction, we're going for a 1-1 draw.

Two sides in need of a win meet in League Two this weekend as Harrogate Town host Sutton United.

After a promising start to the season, Harrogate's form hit a snag and they've been up and down since as they enter this game in the midst of another concerning down period.

They enter this game having won just one of their last five matches in the league while failing to win any of their last four, drawing two and losing two.

Most recently, however, they picked up an extremely commendable point against 2nd place Stevenage in what they hope will be a result that acts as a catalyst for a strong run of form.

Their home form of late has been solid having won two, drawn one and lost two fo their last five matches on home soil in the league.

Harrogate are in a precarious position in the league as they sit just four points clear of the relegation zone. As valuable as the point against Stevenage was, Harrogate desperately need wins and a home game against Sutton would be an excellent place to start.

Sutton have had a very up and down season so far with their form wavering between strong and weak, and they enter this game having had a fairly strong last couple of months in the league.

Sutton are in decent form having won won three, drawn one and lost one of their last five league matches, with their most recent game a 2-0 defeat away at Salford City.

Their away form is much more concerning, however, having won one, drawn two and lost two of their last five league games on the road.

Sutton beat Harrogate 2-1 when the two sides met in the league back in September and they'll be confident of doing the double here given the form of the two sides.

Sutton are currently on a two-match winless streak and will be desperate to ensure that does not stretch to three. They're currently only five points shy of the play-off spots and while they're not considered a primary contender another strong run of form could soon change that. This is a game they should be looking to win.

Kyle Ferguson and Stephen Dooley are both unavailable for the home side through injury.

Kylian Kouassi could be drafted into the starting XI for Sutton here with Donovan Wilson in poor form.

Sutton have no fresh injury concerns for this one.