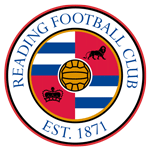 ALEJANDRO GARNACHO TO SCORE AND MAN UTD TO WIN @ 6/4

For our Manchester United vs. Reading prediction, we're going for a 2-0 win for the home side.

Manchester United are hoping to avoid an FA Cup giant killing as they welcome Championship side Reading to Old Trafford this weekend.

Erik Ten Hag's side reached the fourth round of the FA Cup by beating Everton 2-1 at Old Trafford in the third round.

United are having an excellent season in the Premier League this season as they sit joint-third in the league table having exceeded most people's expectations in terms of their level of performance.

They enter this game having won three, drawn one and lost one of their last five matches in all competitions, with their most recent game a resounding 3-0 win away at Nottingham Forest in the League Cup semi-final.

United's home form has been excellent of late, with Ten Hag's men winning each of their last five consecutive matches on home soil in all competitions.

The Red Devils have faced Reading ten times in this competitions and have eliminated their opponent on nine occasions, so they'll be looking to keep up that impressive record here.

The FA Cup is a huge chance for United to win a major trophy and is one they'll be looking at with keen eyes. They'll likely rotate heavily following their game with Forest in the week, but they should have too much for Reading regardless.

Reading reached the fourth round of the FA Cup by beating Watford 2-0 in the third round.

Paul Ince's side have had an up and down season in the Championship. After a rapid start The Royals soon tailed off and they now sit 14th in the league table, five points shy of the play-off spots.

They enter this game in the midst of a poor run of form having won one, drawn two and lost two of their last five matches in all competitions, the most recent of which was a deflating 4-0 battering at Stoke City in the league. Manager Paul Ince now has a big job on his hands attempting to rejuvenate his side following such an egregious defeat.

Their recent away form is extremely discouraging, with The Royals failing to win any of their last four games on the road having drawn one and lost three.

Reading have played Manchester United twenty-two times in their history and have won only once, and unfortunately for them it does not seem like that record is going to improve here as they face a side bang in form and at the top of their game.

Axel Tuanzebe and Donny van de Beek continue to miss out for United through injury, while Anthony Martial, Luke Shaw and Diogo Dalot are all doubts.

Jadon Sancho is also not yet ready to feature.

Sam Hutchinson is out injured while Andy Carroll and Liam Moore are both doubtful.