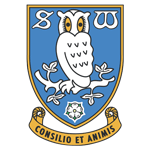 Queens Park Rangers take on 23rd in the table Sheffield Wednesday on Saturday in a must-win game for the Owls.

QPR have little to play for, as they look unlikely to worry the playoff places, as they are currently 10 points behind sixth-placed Reading, although they have won two out of their last four matches in 3-0 and 3-2 wins against Coventry City and Millwall.

Darren Moore’s Wednesday are currently seven points behind 21st placed Birmingham City and need to carry on their current form, as they have won two out of their last three matches, 2-1 against Barnsley in late March, before thumping Cardiff City 5-0 at Hillsborough on Easter Monday, thanks to goals from Julian Borner, Callum Paterson, Adam Reach (2) and Jordan Rhodes.

Charlie Austin has been in fine form since returning to Loftus Road in January and has scored six times in 17 appearances. The West Brom loanee is priced at 7/2 to score first or last against on Saturday against Wednesday.

CHARLIE AUSTIN AND JORDAN RHODES BOTH TO SCORE @ 9/1

Rhodes has found himself in form for Wednesday of late and has scored seven times in 31 appearances this campaign, averaging 0.55 goals every 90 minutes. The former Blackburn Rovers man is priced at 13/5 to score anytime against QPR.