2020 is officially with us and a new year of football awaits us. Hopefully, it’s as eventful as 2019. Speaking of which, our 2019 football recap is nearly at an end as we reach the penultimate month of 2019 in November. If you’ve missed any of our previous recaps, you can find them by clicking on the relevant title below.

Speaking of Manchester City, it was November that was detrimental to them retaining their Premier League title as they were only able to win 2 of their 4 Premier League games, as they dropped points in that 3-1 defeat to Liverpool at Anfield and in their 2-2 draw with Newcastle at St James’ Park.

After ending October with an historic 9-0 win over Southampton at St Mary’s, Leicester went into November with high spirits and had a perfect month as they won all 4 of their Premier League games during November, with a 2-0 win against Arsenal being the most notable. Leicester’s fantastic form during November meant that they went into December second in the Premier League.

Find below some of the key Premier League results to take place during November:

November saw a big change in North London as both Mauricio Pochettino and Unai Emery were sacked by Tottenham and Arsenal respectively. The least surprising of which was Unai Emery as he was unable to make any significant improvements at Arsenal, with an embarrassing defeat in the Europa League final last season meaning that Arsenal once again would miss out on the Champions League. The decision to sack Emery came as a result of Arsenal’s form towards the end of Emery’s time in charge, as they hadn’t won any of their last 7 games in all competitions, which included 3 defeats. On the 29th of November, it was announced that Arsenal had parted ways with Unai Emery and appointed Freddie Ljungberg as caretaker manager.

There’s no denying that Mauricio Pochettino has vastly improved Tottenham since he took over back in May of 2014, leading the club to regular top 4 finishes as well as leading them to the Champions League final in the 18/29 season. But as a result of Tottenham’s start to the season, where they had won only 5 of their opening 16 games, with those 16 games including a 7-2 embarrassment to Bayern Munich in the Champions League, and a Carabao Cup exit to League 2 side Colchester United. On the 19th of November, it was announced that Mauricio Pochettino had left the club, with Jose Mourinho being announced as the new Tottenham manager the following day.

The game of the group stage so far saw Chelsea host Ajax at Stamford Bridge as we were treated to an 8 goal thriller. A Tammy Abraham own goal after 2 minutes gave Ajax the lead before Jorginho converted a penalty 2 minutes later. Ajax took the lead once again through Quincy Promes, with a Kepa own goal doubling Ajax’s lead with 10 minutes left of the first half. Donny van de Beek put Ajax 4-1 up 10 minutes into the second half and made it look like the game was out of Chelsea’s reach. That didn’t turn out to be the case a 3 goals in 11 minutes from: Cesar Azpilicueta, Jorginho and Reece James rescued a point for Chelsea.

Another team who could only pick up a draw was Manchester City as they drew 1-1 with Atalanta at the San Siro, which saw Kyle Walker make an appearance in goal for City after Claudio Bravo was sent off. Liverpool and Tottenham on the other hand both enjoyed victories during gameweek 4, with Liverpool beating Genk 2-1 at Anfield, and Tottenham beating Crvena Zvezda 4-0 in Serbia. If you’d like a more in depth look at gameweek 4 of Champions League group stage, the link below will take you to our round-up.

Tottenham were the only English side to pick up a victory during gameweek 5, that didn’t look to be the case however as they went 2-0 down to Olympiacos after 19 minutes, but 4 goals from: Dele Alli, Harry Kane and Serge Aurier helped Tottenham to a 4-2 victory.

The remaining 3 English sides were only able to draw during gameweek 5, with Manchester City drawing 1-1 to Shakhtar Donetsk at the Etihad Stadium, Chelsea drawing 2-2 with Valencia in Spain, and Liverpool drawing 1-1 with Napoli at Anfield. If you’d like a more in depth look at gameweek 5 of Champions League group stage, the link below will take you to our round-up.

Gameweek 4 was a good gameweek for the British sides. Manchester United continued their winning ways in the Europa League by beating Partizan Belgrade 3-0 at Old Trafford, with Wolves also picking up 3 points by beating Slovan Bratislava 1-0 at Molineux. The two Scottish sides were also victorious during gameweek 4, with Rangers beating Porto 2-0 at Ibrox and Celtic picking up a victory in their third group stage game as an 89th minute goal from Christopher Julien gave them a brilliant 2-1 victory over Lazio at the Stadio Olimpico. The only British side who was unable to pick up a win during gameweek 4 was Arsenal, as they could only manage a 1-1 draw against Vitoria.

Only one British side who were victorious during gameweek 5 in what turned out to be a miserable week for the remaining sides in Europe, with Celtic’s 3-1 win over Rennes at Celtic Park being the only game where a British side picked up 3 points.

Both Wolves and Rangers picked up 1 point during gameweek 5, with Rangers drawing 2-2 with Feyenoord in Rotterdam, and Wolves drawing 3-3 with Braga in Portugal despite being 3-1 up in the first half.

England sealed their qualification to the Euro 2020 finals after their emphatic win over Montenegro at Wembley. Alex Oxlade-Chamberlain got England started with his opener as well as Marcus Rashford also getting his name on the scoresheet before Harry Kane scored a hat-trick within 19 minutes to give England a 5-0 lead at half-time. An own goal from Aleksandar Sofranac and a first international goal from Tammy Abraham sealed a 7-0 win for England and guaranteed their qualification to the finals.

England finished off their Group A campaign with their third visit to Southeast Europe to face Kosovo and received a fantastic welcome from the country and the supporters after England’s role in helping the nation achieve its independence. After a pretty slow start from England, Harry Winks opened the scoring just over the half-hour mark to give England a 1-0 lead going into half-time. After a pretty poor start to the second half, Harry Kane made history as his goal in the 79th minute made him the first Englishman to score in every qualifying game of a campaign. Marcus Rashford scored England’s third 4 minutes later before Mason Mount scored his first England goal to round off a 4-0 win for England.

The past two seasons, 23-year-old Harry Souttar has been a mainstay in the Stoke City defence, and this campaign he has played a big role which has led to Stoke currently having th......

On Saturday in the Quarter-Finals of this year’s Africa Cup of Nations, host nation Cameroon takes on Gambia. The Indomitable Lions managed to finish top of Group A by beating Burk......

Already booking their place for the upcoming World Cup and top of the table, Brazil have comfortably been the outstanding team in qualification, boasting both the best attacking an...... 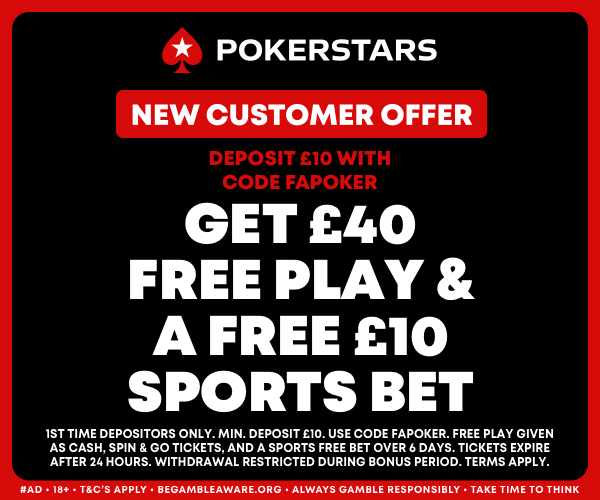