Homenewsworld cupengland vs wales both teams have a point to prove

England vs Wales: Both Teams Have A Point To Prove 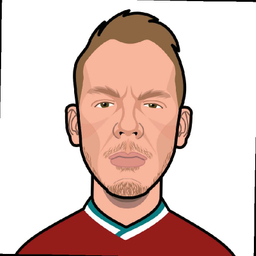 England vs Wales: Both Teams Have A Point To Prove

The Ahmad bin Ali Stadium plays host to one of the most intriguing final group stage matches of the 2022 World Cup as England take on Wales. Gareth Southgate’s side top Group B and know a win will see them avoid the Netherlands in the round of 16. Rob Page’s men, however, are rooted to the bottom of the group but a win, coupled with a draw in the match between Iran and the USA, will see them into the knockout stage.

There are other scenarios in which Wales can escape the group but they all hinge on a four-goal win over England in the Battle of Britain clash. Unlikely but not impossible. ]

Despite the different circumstances the two nations find themselves in, both the Three Lions and the Dragons go into this match with a point to prove.

Wales held firm for 98 minutes in their game against Iran before two late goals undid all of their good work. After a disappointing first half against the US in their group opener, their first appearance at a World Cup finals since 1958 has been underwhelming, to say the least. Having been drawn in a favourable group, a group stage exit would be viewed as a fairly premature exit.

England, meanwhile, are in complete control of Group B. Yet the team were booed off following the 0-0 draw with the USA on Friday. According to the InfoGol Expected Goals model, Gregg Berhalter’s side had slightly better opportunities on the night too, with Christian Pulisic seeing his effort cannon back off the bar.

Southgate acknowledged this in his post-match press conference but tried to spin it as a positive, saying: “I’m really pleased with the application of the players against a tough opponent. They defended incredibly well. To come off the high of that performance the other day and to find that same energy and level of quality was always going to be a challenge.

“Yes, we lacked a little bit of zip and quality in the final third and we weren’t able to open them up and create really good chances but we had to show another side of ourselves in terms of resilience without the ball, recovery runs, defending our box well, defending any number of corners and set plays that came in. To be a successful team in a tournament you’ve got to show different faces. We did that tonight.”

Questions Need To Be Answered

Football is a fickle game and you are only as good as your last result. England may have kicked off their group stage with a 6-2 win over Iran but the talking point now is how they struggled to break down an American side that had found it extremely difficult to contain Wales in that second half just a few days earlier.

Harry Kane failed to land a shot on target for a second successive match and Southgate made the bold call to keep Trent Alexander-Arnold, Phil Foden and Callum Wilson on the bench while his team was searching for a winner. As a result, the England manager is being scrutinised.

Why isn’t the team able to create opportunities for the best English goalscorer in the game right now?
Why did Alexander-Arnold and Foden only have a watching brief on Friday?

Unless both of these questions are emphatically answered on Tuesday against Wales, there will be even more pressure on Southgate, regardless of whether or not England are into the knockout stages of the World Cup.

Key battles are usually fought on the football pitch but this match could be decided by those in the dugouts. Wales have shown they have the capacity and the ability to nullify opponents for large periods, ceding possession to dominate key spaces. England, on the other hand, can have a lot of the ball but do nothing with it. That pattern of play will favour the Welsh. The onus will be on Southgate and his players to make a statement. Wales will want to do the exact same thing and this is what makes this match so intriguing.

Worst XI of the World Cup

After an unforgettable 2022 World Cup, here is a starting XI of players that may be wanting to forget their lacklustre showings in Qatar. ......

World Cup Team of the Tournament

Why Jose Mourinho Would Be A Good International Manager