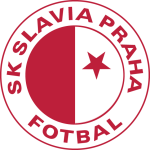 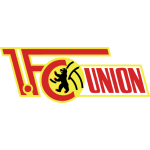 Slavia Prague hosts Union Berlin in the Europa Conference League on Thursday as both sides are looking to start off with maximum points. Both teams are in a tough group with Feyenoord and Maccabi Haifa, who drew against each other on Tuesday night, so any advantage is key.

Slavia Prague were the story of last year’s Europa League for their exploits on the pitch performance wise but were marred with controversy throughout the tournament. They reached the quarter finals having eliminated British sides Leicester City and Rangers. They fell to defeat against Arsenal.

Slavia Prague fell into this competition having lost in the Europa League playoff to Legia Warsaw 4-3 on aggregate. Their league form has been very good however, having won five of their opening six games. Ivan Schranz is in terrific form. The striker has five goals in five games this season.

Union Berlin are currently unbeaten in the Bundesliga this season. Known as “The Iron Ones”, the German side have won one of their opening four Bundesliga games but drawn the other three.

Union Berlin qualified for the Europa League conference via their league position last season. They qualified for the group stages by beating Finnish side Kups 4-0 on aggregate. Taiwo Awoniyi is the danger man for Union Berlin this season. The frontman has three goals from ten shots in the Bundesliga and five in all competitions following his brace in the previous qualifying round of this competition.

This is Union Berlin’s fourth appearance in European competition and their first since their UEFA Cup run in 2001.

Slavia Prague may potentially have more players out than available as eight are currently injured. More than likely it will be the same eleven from the weekend. Top scorer Ivan Schranz is out with illness.

In contrast, The Iron Ones have a full bill of health. In form striker Taiwo Awoniyi is likely to lead the line for the Bundesliga side.